Another Daughter Has Died

It is hard to write today. Another of our daughter’s died this past Friday in a Cleveland, Ohio abortion chamber. I don’t know her name. I know she lived in Cleveland, Ohio where forty percent of the abortions are on black women according to the Centers for Disease Control. Our daughter joined a growing list of those maimed, molested or murdered inside one of America’s abortion dens. I don’t know how many died such a death since abortion began in 1973, because those numbers are deliberately being obscured by abortion supporters. While I do not know the name of the most recent victim to succumb at the hand of an abortionist, I do know several.

The most heinous, callous victim of abortion was Tonya Reaves of Chicago, Illinois. In 2012, Planned Parenthood left her dying in their abortion center for more than five hours before they sought the emergency care that would have saved her life if they had just taken her earlier the 1.7 miles to the nearest trauma hospital. I know the name of Semika Shaw, who at 22 died at the hands of America’s most demonic serial killer, Kermit Gosnell in 2000. I know the name of Sherika Mayo who the state of Georgia in 2009 said should have been given a blood transfusion rather than an abortion, because her blood count was so low due to sickle cell anemia. I know the name of Laura Hope Smith who was overmedicated in 2007 by a doctor the attorney general said acted in a “willful, wanton and reckless manner”. I know the name of Jennifer Morbelli a kindergarten teacher killed in 2013 due to a “Disseminated Intravascular Coagulation” “due to or as a consequence of Amniotic Fluid Embolism following Medical Termination of Pregnancy”. I know the name of Christin Gilbert who in 2005 died from systemic organ failure because of the lack of medical care given her. All the blood vessels in her reproductive organs were clotted.

I don’t believe one of these women woke up on the morning of their death saying” let me go die today”. I believe each of these women or their families believed the lie that abortion is safe and effective, as so many Planned Parenthoods and NARAL state. I don’t think any of the women that have been molested, or were maimed ‘chose’ to be. Every time you see someone with a hanger saying we will not go back: 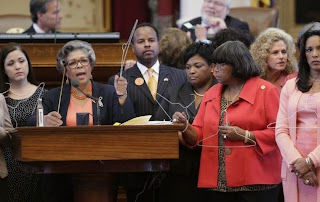 Remind yourself of this: 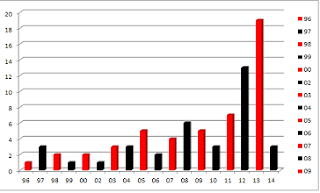 a visual representation of those that have been molested, maimed or murdered in an abortion center. Recognize that this graph does not track every single injury or offense, most are unknown or not recorded. It simply gives warning that in recent years more and more women are being subjected to harm under the hands of those that do not care enough about women to exercise a reasonable standard of medical care. Recognize that abortionists care nothing for women or their health. Most of all recognize that abortion is not health care at all, but truly is a source of injury for numerous women who are suffering silently all around this country.

Finally take a stand. You can begin by standing with Margo Davison (cousin of Semika Shaw)who is being bullied by Planned Parenthood for voting to raise medical standards in Pennsylvania abortion chambers so no other woman will "be butchered, as she was, with her uterus perforated and her death of sepsis and infection permeating in her body till she writhed in pain on the floor of her home to her ultimate death". If you know registered voters in PA 164th district, call them,email them, text them, and ask them to support Margo in her bid for re-election. Show Planned Parenthood we no longer accept their lies that they care about women or their health. Show Planned Parenthood they can no longer brazenly flaunt their disregard for life in our faces without consequence. Defeat their candidate.

Posted by Unknown at 3:06 PM No comments: