There is something obscene about a child dying before a parent and I cannot imagine the anguish a parent would experience upon learning their child has preceded them in death. Just as I cannot imagine the anguish of the mother of 24 year old Cree Erwin who died July 4, 2016. In her mother's bed. Cree joined the ranks of those who had believed the lie that abortion is safe. Cree, like so many others, believed that she could trust those in the Planned Parenthood abortion center in Kalamazoo, Michigan. She believed she would be safe when she placed her "reproductive health" in the hands of one of three abortionists known to complete terminations out of that facility.

"Reproductive health" -  a phrase Planned Parenthood and other abortion providers began using about eight years ago to create an illusion of medical normalcy and safety for those considering abortion. Because of that illusion, the numbers of young vibrant Black women succumbing to the population control mission of Planned Parenthood and other abortion providers is increasing.  These centers are anything but safe. The facts surrounding Cree's death are not yet known. Was it a surgical botching like the one Mandy Gittler did on Tonya Reaves in Chicago, Ill in 2012? Was it similar to the abortion performed on LaKisha Wilson by Lisa Perriera in Cleveland, Ohio in 2014? Was it due to the RU486 pill, that ravaged the body of Holly Patterson an 18 year old California girl given RU486 by Planned Parenthood in 2003? Facts are scarce right now, but what is very clear is a mother has lost her child to abortion's blood sucking jaws. Planned Parenthood has once again succeeded in meetings its population control mission taking the life of young Cree Erwin and her baby.

Abortion is ugly. Abortion is killing Black women and children all across the country. More than 20,350,000 Black babies have died by abortion under Roe v. Wade according to Issues4LifeFoundation (http://bit.ly/1YpLccI). Women are dying as well, more than are being counted at the state or national level. Some of the ones we know died tortuous deaths, terrorized by the shoddy medical practices of abortionists across the country that has left them injured, wounded or dead. Women such as Semika Shaw of Philadelphia (2000), Tamia Russell of Detroit (2004) Denise Crowe of Anne Arundel (2006); Laura Hope Smith of Cape Cod (2007); Edrica Goode of Riverside (2007); Sherika Mayo of Johnson City (2008); and Antonesha Ross of Chicago, 2009  to name a few. 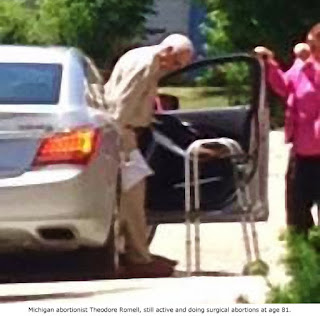 Reports out of abortion centers that dot communities of color are horrifying. As abortionists' age, such as this man in Michigan, women are being mutilated by their unsteady hands. More and more women are leaving the abortion chambers in ambulances rather than of their own accord. The epidemic of abortion has left a trail of women: infertile, uteri' mutilated by substandard care, infected because of unclean instruments and failure to follow medical protocols, such as putting on new gloves between each patient. Reports of patients hemorrhaging are becoming more common than rare. In July it was reported the Planned Parenthood in St. Louis sent its 60th patient to the hospital. It is unknown how many women had to seek additional  assistance after leaving the center – those are counted as female trouble, rather than the botched abortions they are.

Adding insult to injury, the United States Supreme Court, in June of this year ruled that abortion standards do not need to meet surgical levels and abortionists do not need to have admitting privileges in nearby hospitals. Requiring them to do so would deny women access to abortion, they said. In fact, one of the briefs submitted by those supporting abortion stated women of color, specifically, would be denied access. In other words, it is okay to subject women of color to substandard medical care. Doing so they want us to believe,  ensures access since many of the clinics in Texas would have closed.

Because of this, another daughter of the Beloved community, as Dr. King called us, has died, leaving a wounded mother and one year old son. And the information that is making me despair is that it is suspected Mandy Gittler, the same Mandy Gittler that left Tonya Reaves bleeding for more than 5 hours while she killed other Black babies, was the abortionist on duty the day Cree obtained the abortion (whether by pill or surgery is not known at this time). If Gittler was the abortionist, she left another motherless child. And this time she left a wounded mother in the throes of grief to make this chilling call for emergency help:

Please take a moment to grieve with Cree's family. Pray for them for strength to go through this tragedy. Then get up off your knees and join me and others in fighting this scourge that is ravaging the Black community. Inbox me if you want more information.

Many thanks to Operation Rescue for much of the information cited in this post.